“It is unfortunate you can’t separate your useful observations from your insults.”
— Judge from Houses of Common

Back in April of 2015, one of my author friends offered to put me in touch with her agent. She’d read the first two chapters of Plaguerunners and said it reminded her a little bit of Houses of Common.

Hmm. This Derick William Dalton guy sounds pretty cool. Maybe I ought to look him up.

Cut to February 2017. I’m in Utah for Life, The Universe, and Everything and I keep running into this guy on panels and in the halls. Funny, NASA-smart, and on the “multi-career” track, just like me.  When we finally sat down to talk, I realized it was Derick. After our talk, he caught me in the hall and handed me a copy of Houses of Common, which I probably would have bought anyway. “Hope you like it!”

I did. And I had questions. Let’s start with that “multi-career” track.

Derick:   By “multi-career” track, what you mean is “doesn’t know what he wants to be when he grows up.”

I really miss high school sophomores. Teaching them biology meant spending more time with them than some of their parents. Helping fight scientific illiteracy in America and mentoring teens was the most important job I’ve ever done.

My current day job is an urgent care physician assistant. Mostly I treat sinus infections, but I get to fix a laceration or two every day. If I’m really lucky, I get to remove an ingrown toenail. Those days, the only difference between me and a mob goon doing some enforcing is that I inject a syringe full of lidocaine first. Gross equals awesome.

Ben: Your book assumes the reader knows something about a great many things. It assumes the reader can string together prior knowledge and bits of narrative data. The jokes and culture references come fast and quick. I love it. Are you worried that readers won’t be able to follow the breadcrumbs? I know I missed a few.

Derick: A little bit. But if you’ve ever read a book and felt like the author dumbed it down, you understand why I was fine with overcompensating. Not catching everything the first time? It’s fun. I’ve had to rewatch every episode of BBC’s Sherlock for the same reason, and it made me love them all the more.

Ben: That’s one of the reasons I loved Houses of Common. I felt like a kid again, swimming in the deep end with Clarke and Heinlein.

So. . .there was an a IKEA joke.  What possessed you to put an IKEA joke in Houses of Common? Or did you just take guilty pleasure in having a bombed out IKEA in your story. How many husbands do you think have had that same fantasy?

Derick: No clue, as I really don’t hang around many husbands. Not to imply I’m hanging around their wives, mind you…

If I had my way, my house would be a smorgasbord of Swedish design and quality. IKEA’s up there with the bikeshop and bookstore in my world. When I found there is in reality an IKEA right next to the Belfast airport, I knew my Irish terraformer/refugee group had found a home.

Ben: Not judging, but your experiences at IKEA . . . and with husbands and wives in general. . . may be a little different than mine.

But this is my case-in-point: there was something funny and slightly offensive on every page of your book. Is the sarcasm intuitive, or did Ranyk’s character develop over several drafts?

Ben: Aren’t you a Physician Assistant?

You know what, nevermind. The sarcasm worked. I particularly liked how Ranyk puts himself at risk in the courtroom by pointing out the flaws in his own attorney’s arguments. The bit about ratios was especially funny.

Derick: I’m not a fan of court drama. Less a fan of learning enough to write one. So I thought to myself, WWRD? What would Ranyk do? I feel like I plagiarized that scene from my own brain.

Ben: I think we talked about this in February, but I’ve forgotten by now. Which end of the spectrum do you lean towards, discovery or outliner?

Derick: I make a solid outline, lots of diagrams and flowcharts. Some pencil or ink sketches of spaceships and faces, too. But if I get ideas while I write, I see where they go. Captain Gill, for example, had a half-chapter cameo in the original outline. Now he’s some readers’ favorite character with his patched vacsuit, self-maintained spaceship, and oblivion to social cues.

What about the focus on parental figures? I haven’t read many stories in the sci-fi or fantasy genre with parents as viewpoint characters. I especially liked the lacrosse practice scene and watching Inig process his son’s performance.  Why did you include that in your novel?

Derick: Purely a marketing ploy. Gotta squeeze in every demographic, yeah? I’m also creating a new genre. There’s young adult and new adult fiction, so what about new parent fiction? It’s about children who sleep through the night and don’t tease their siblings and empty the dishwasher without being asked.

Less flippantly, Orson Scott Card’s Homecoming Saga had a scene that stuck in my psyche. In a sequel, previously heroic protagonists were completely shackled from making attempts to right wrongs, because they couldn’t put their children at risk. It was a clever plot device in that story, but I wondered about results if they had tried.

I haven’t seen many great dads in sci-fi either. I enjoyed adding one.

Ben: Ok. My biggest question. Why the cliffhanger? Honestly. I mean, I know Ranyk’s future is looking up, but we still don’t know nearly enough about his political enemies or why the pirates sabatoged his project. I’d hoped for a little more closure!

You don’t want to hear excuses, neither do all the Amazon reviewers who told me the same thing. But here’s a reason, then you all can forgive me, or not, at your whimsy: A friend put me in touch with an agent, whose first comment was, “Cut it in half.” So I shuffled scenes and reworked plot and finally put together the best ending I could without rewriting the second half of the book. After all that, the agent took a look and made a polite pass.

When I decided to self-publish, I debated whether to stitch the story back together, and left it separated. About a year after I published the second half as the sequel Meaner Sort, I read a fantastic article by David Farland on that very topic:

“Never split a story,” he said.

Ben: So you weren’t just being a jerk author?

Derick: Lesson learned a little late. Maybe I’ll recombine the two when books three and four of the series are done. But right now I’m distracted by my YA sci-fi, which is being considered by an editor. SpaceBoots is in the same universe as Houses of Common and Meaner Sort, but occurs seventy years earlier.

Ben: No harm done. I’m looking forward to reading Meaner Sort. And let us know when SpaceBoots comes out.

Derick: I disagree slightly with that first sentence, I’m glad to hear the second one, and swear I’m not checking my email multiple times a day to see if a certain editor has news about the third.

But yes, yes I will. 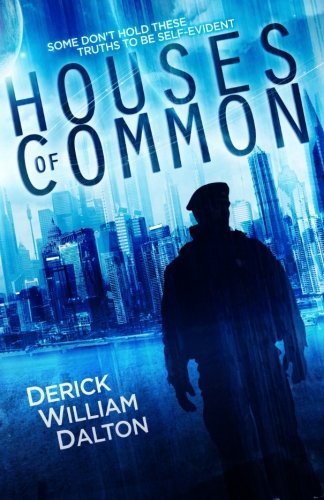 View all posts by BKHEWETT

One thought on “Interview with Derick William Dalton”